During our hurricane evacuation, we took advantage of the mandatory vacation and traveled to a national park on our bucket list- Mammoth Cave National Park. It did not disappoint! Here is the inside scoop of our roadschooling adventure.

Mammoth Cave is a unique national park because you can’t see the beauty of the park when you drive through it like many others. Sure, the surrounding area is beautiful. The hills and the trees are a sight to see. But, the best part is all underground!

But why does Mammoth Cave have it’s name? Is it because mammoths used to roam the caves?

My friend, Mammoth Cave was named because of it’s size! 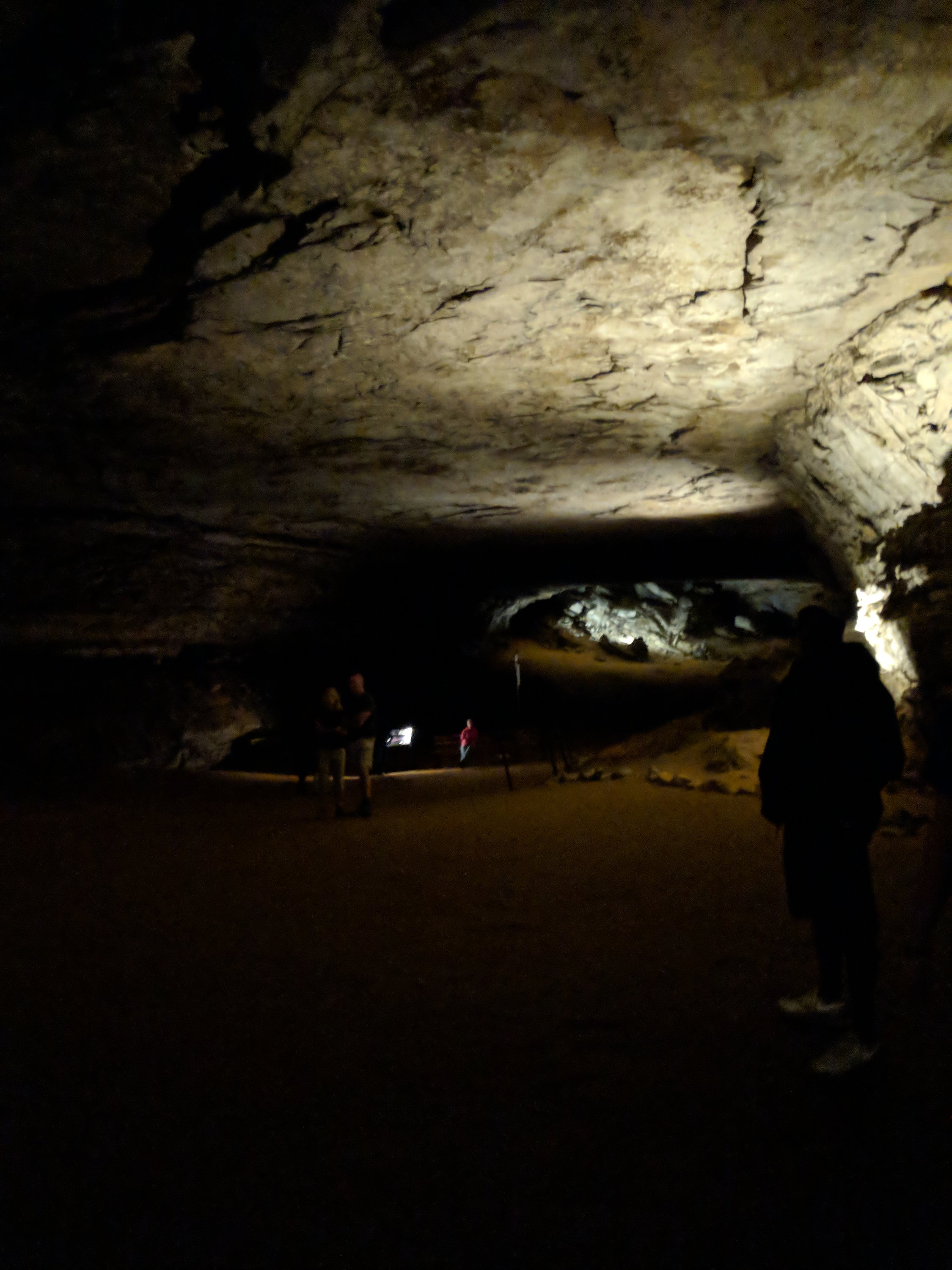 I have only been in a few caves in my life, but all caves have one thing in common. They are in tight quarters. This is not the case with this beautiful cave. Not only are some of the rooms massive, but there are over 400 recorded miles of this cave. Whoa!! That’s a lot of cave! 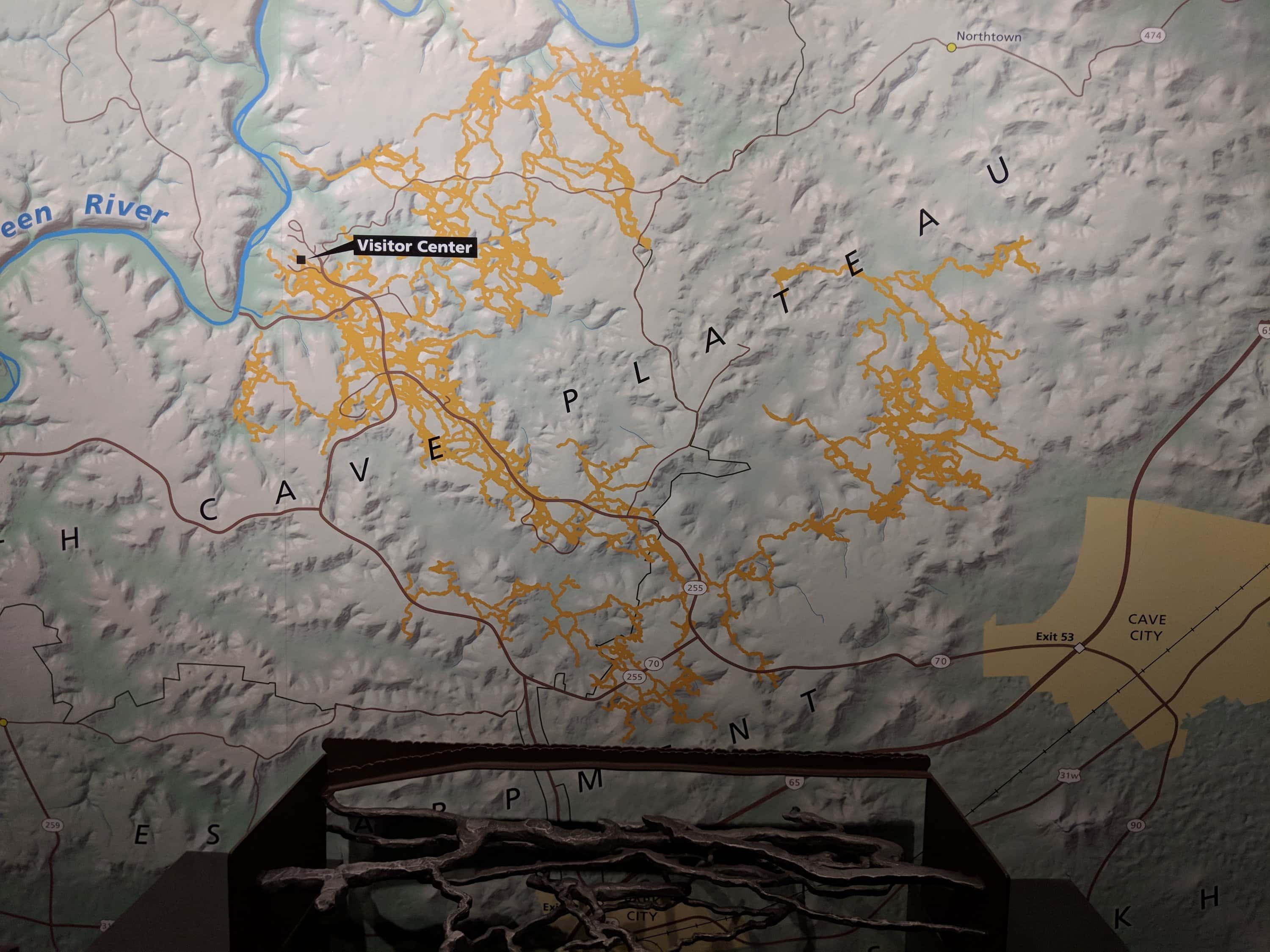 We went on two different tours of Mammoth Cave- the Mammoth Passage Tour and the Frozen Niagara Tour. I am so happy we did both because we explored two totally different parts of the cave! 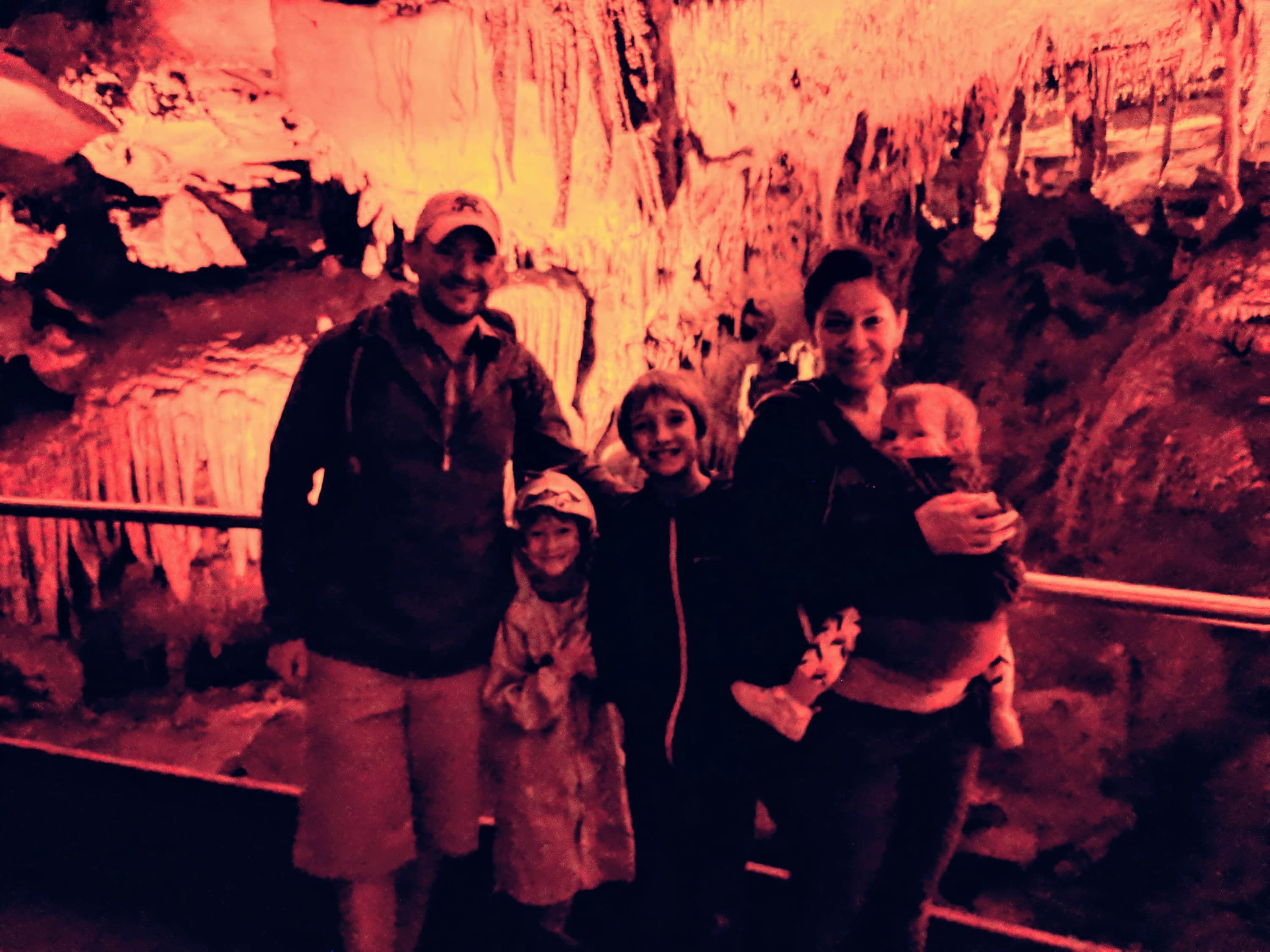 The Mammoth Passage Tour went in the historic entrance and showed off some truly massive cave rooms. Just like with most things, pictures don’t do it justice on how large this cave is. It’s all naturally this big, too. Although people did blast some of the entrances into the cave, the size of these rooms are all naturally made. It’s incredible! 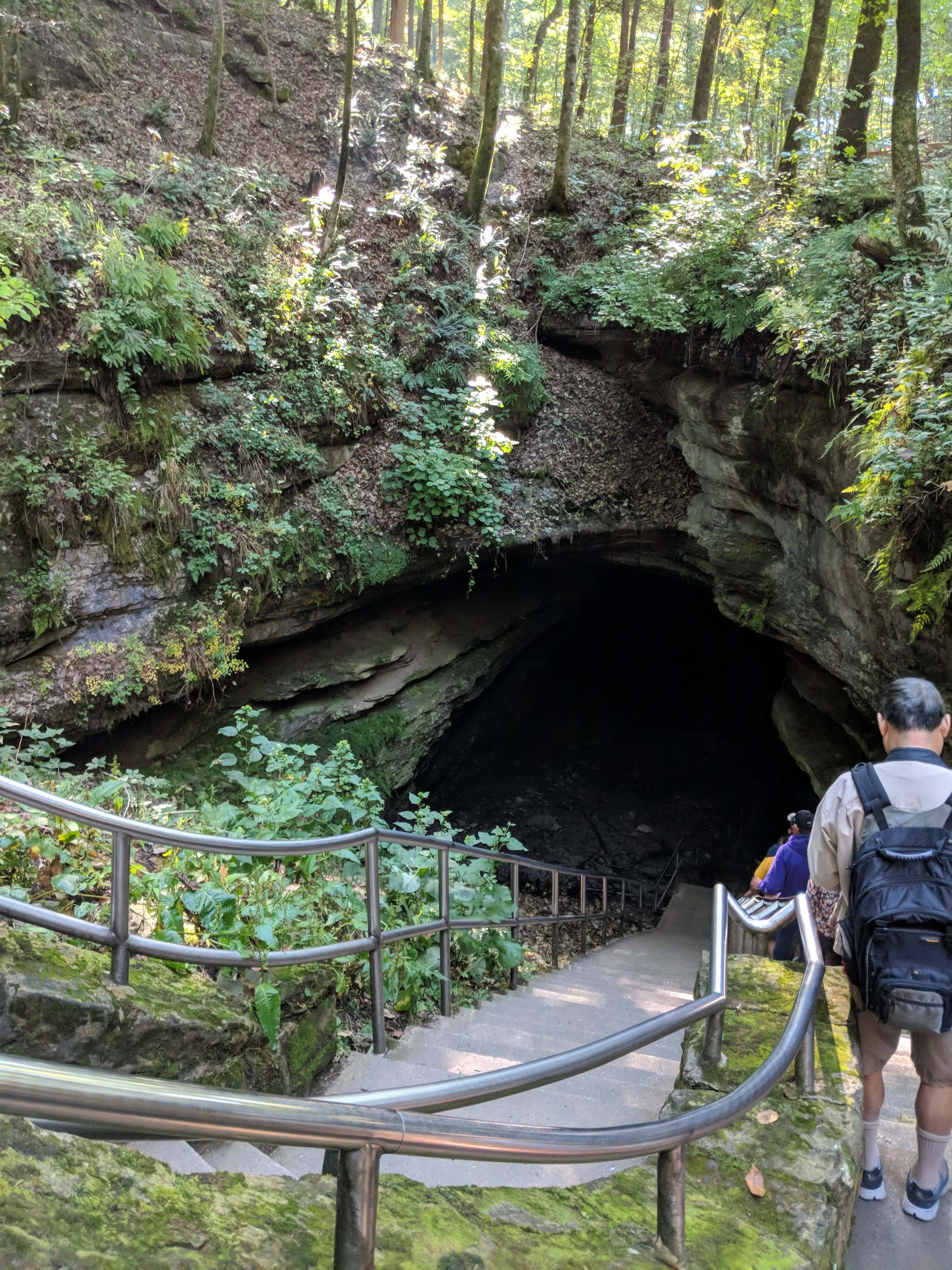 The Frozen Niagara Tour was so beautiful. In this tour we got to see what most people love to see in caves- stalactites and stalagmites! They did not disappoint. We also learned about bacon and drapes. (Caves really do have bacon!! Look it up!) 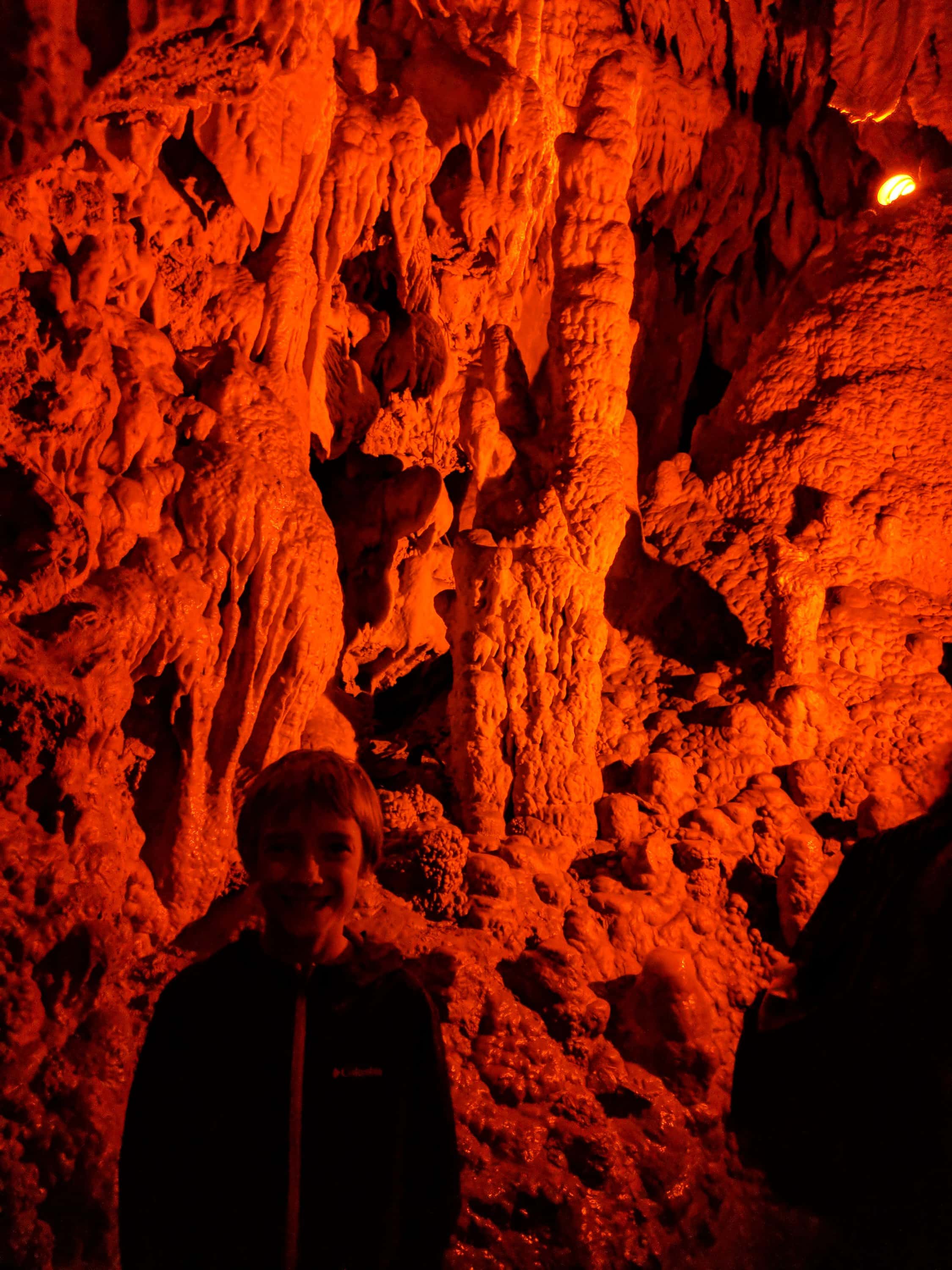 This is the cactus stalagmite…or other wise known as the big cheeto!

This particular section of the cave is called the Frozen Niagara because some of the stalactites look like the Niagara Falls. This was a big way to get tourists back when the cave first opened! 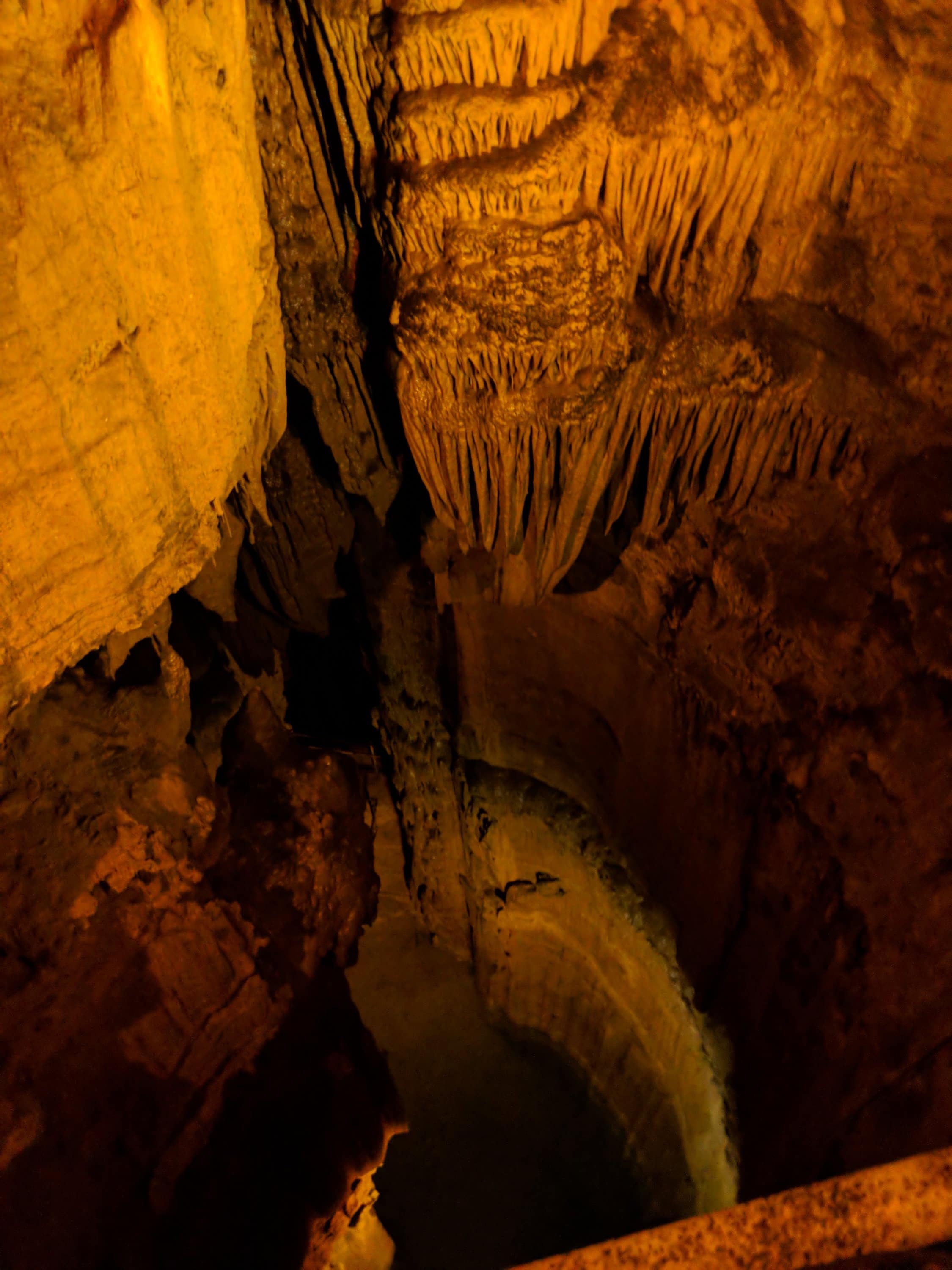 We also learned about some native cave critters. Their bats, otherwise known as chicken nuggets (doesn’t it look like a little chicken nugget?!) and cave crickets are the most common to see. 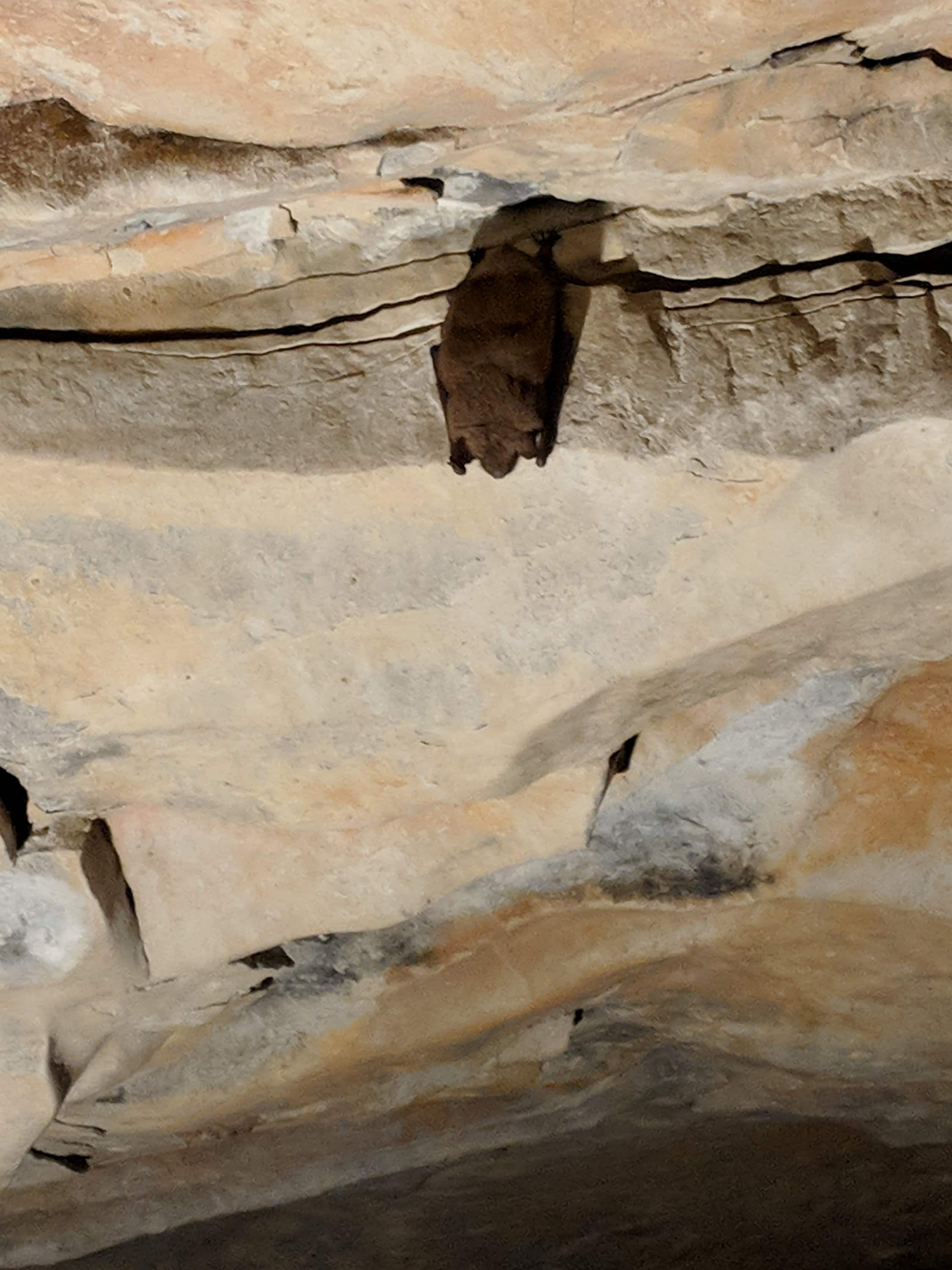 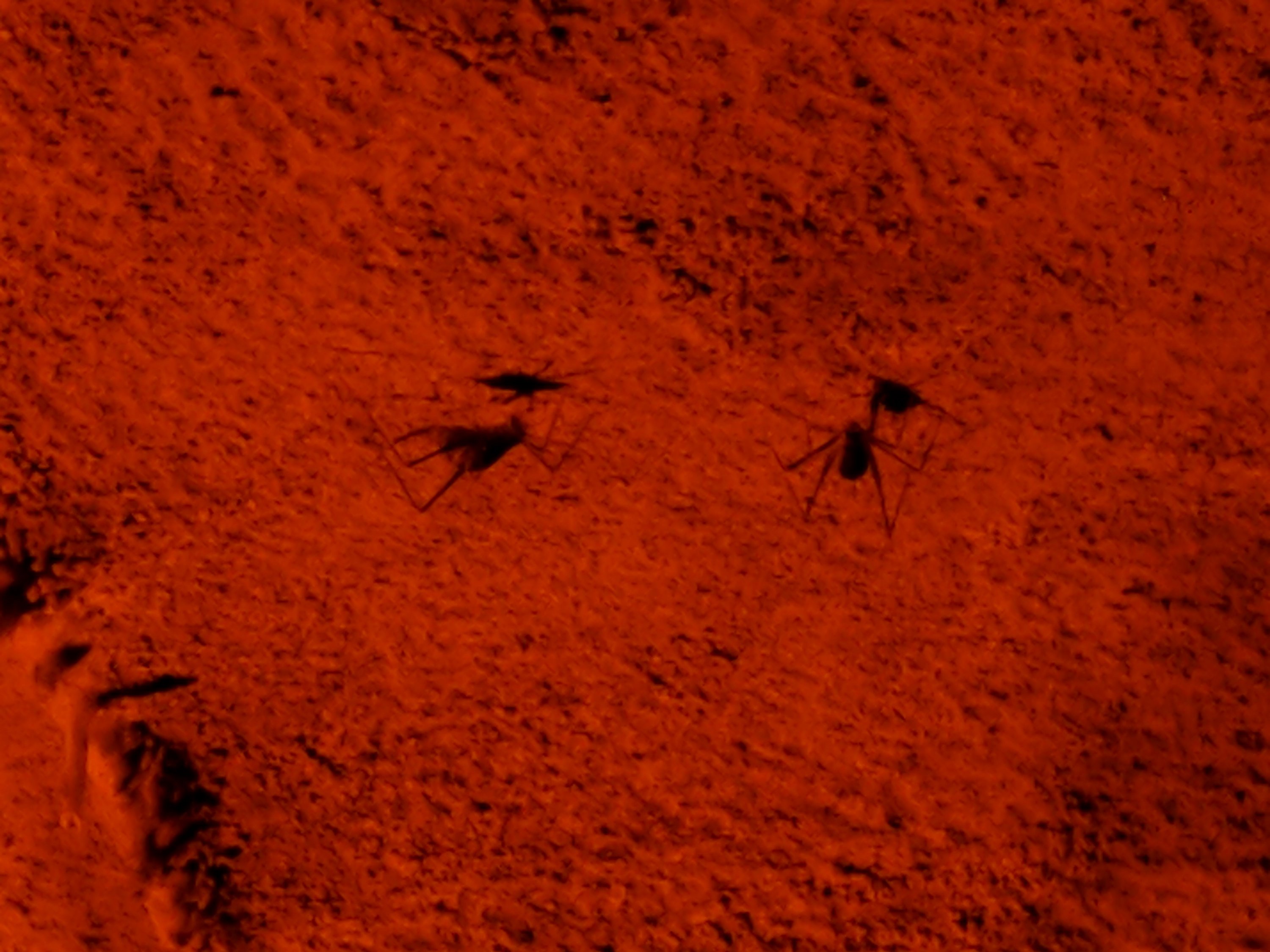 Just like we do at every national park, our kids worked to earn another Junior Ranger badge. They picked up their workbooks and got to work! They answered some questions about what they saw in the caves, what work a ranger would do, and so much more. Once they got them all filled out, they headed on over to get their badges from the ranger. (You can learn how to get your own Junior Ranger badges here!) 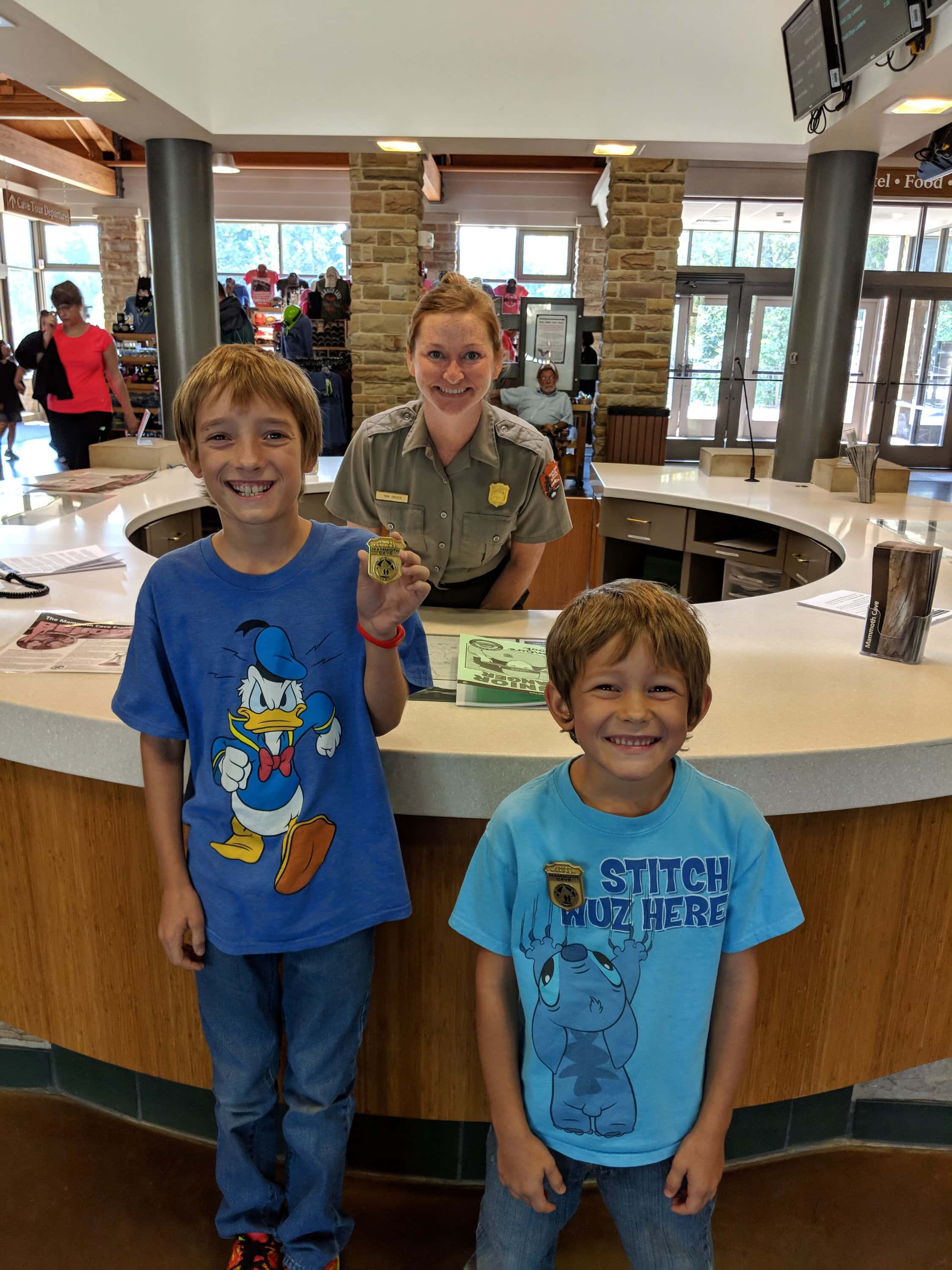 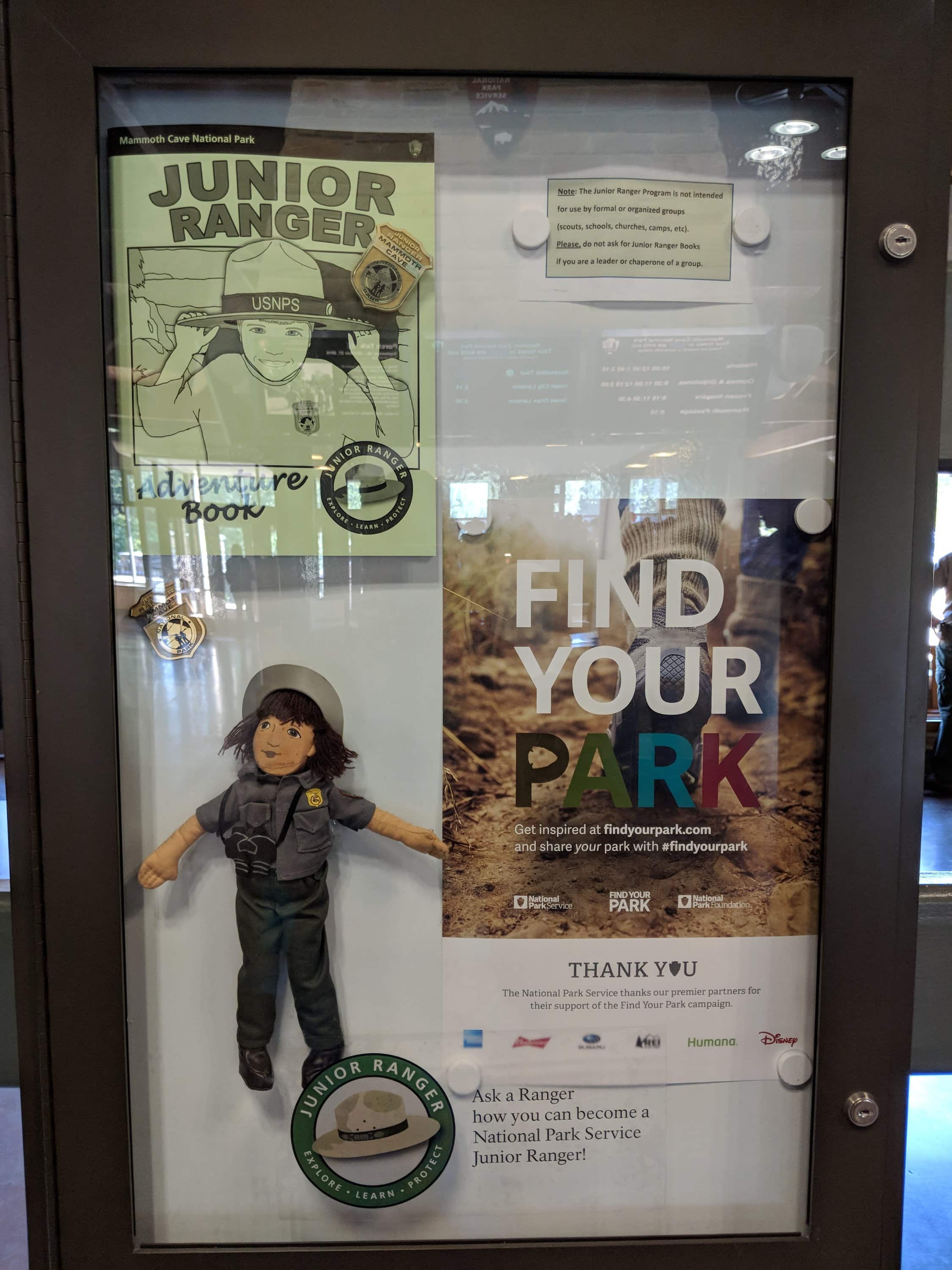 Mammoth Cave is definitely a park to check out! If you’re within driving distance to Kentucky or have a vacation to plan, head on out. It’s such a beautiful place to get away in nature and explore some of the most amazing caves you’ll ever see. Adding trips like this into our homeschool teaches the kids real life learning like they just can’t get by reading a book. Seeing stalactites and stalagmites in person just doesn’t compare! 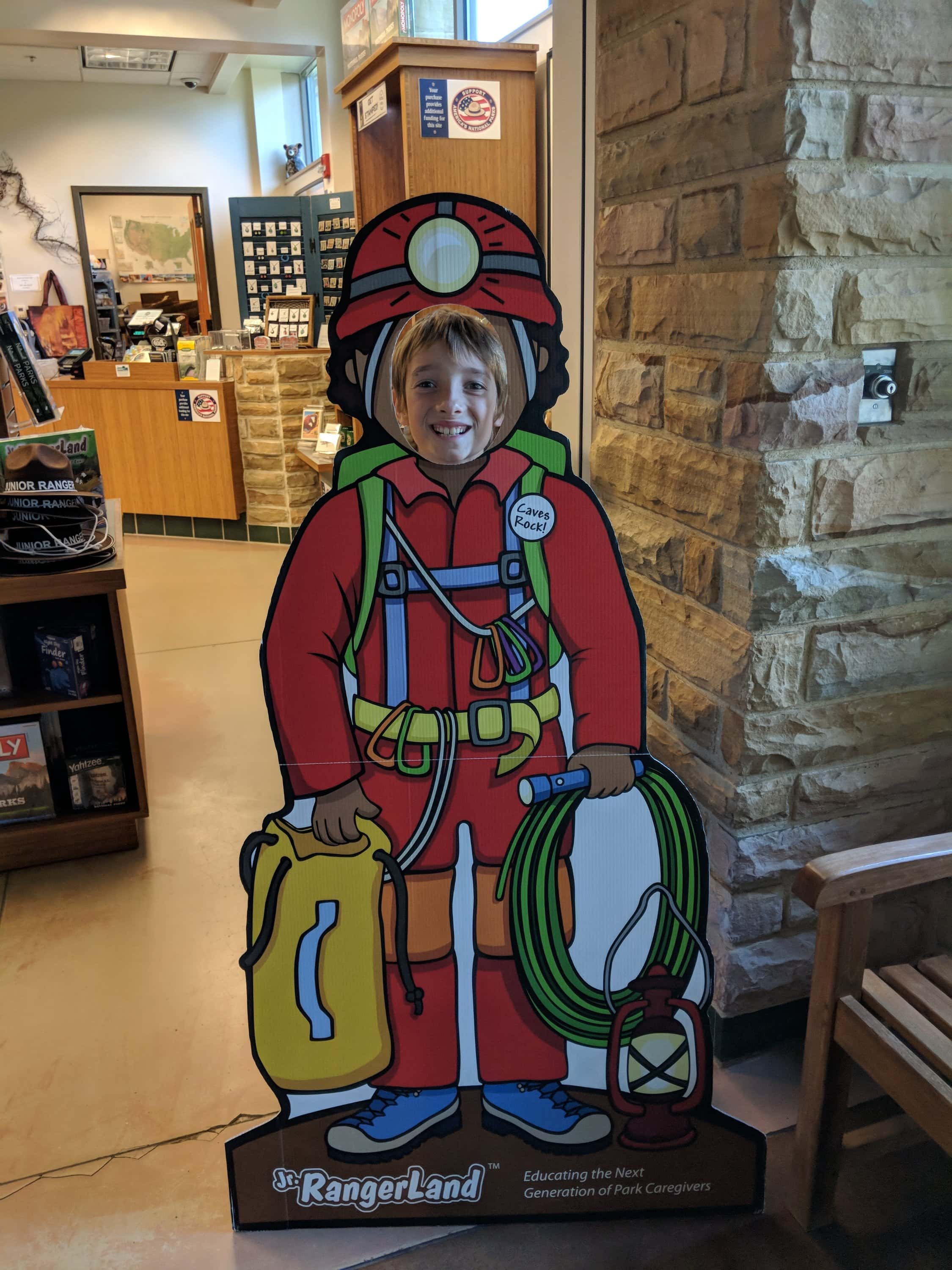 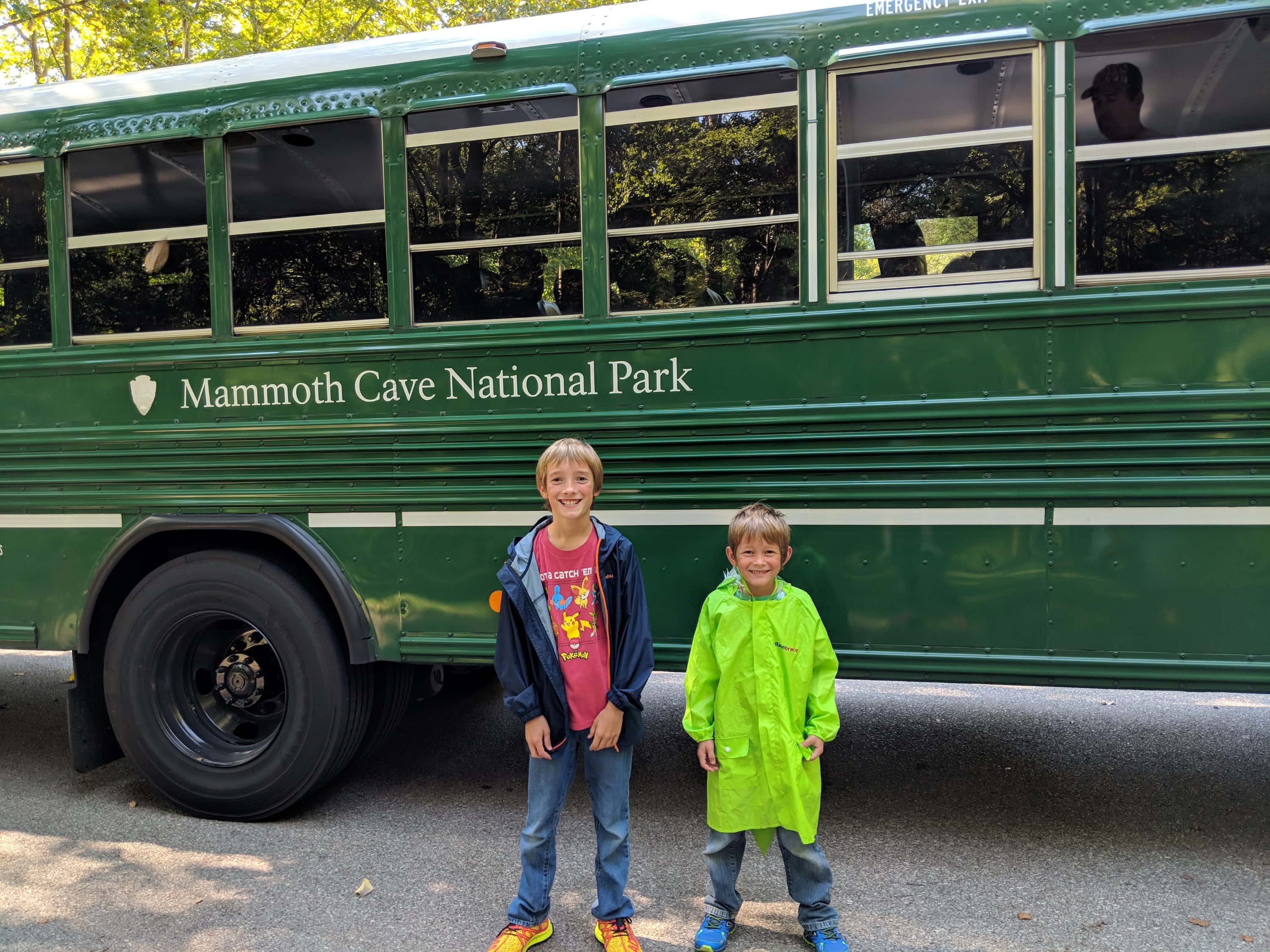 Where have you gone roadschooling lately? You can roadschool across the globe or down the road. The possibilities of learning are endless!  Join my online homeschool community and let me know there or in the comments below!

For more roadschooling resources and adventure stories, click the image below. 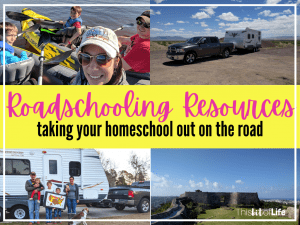 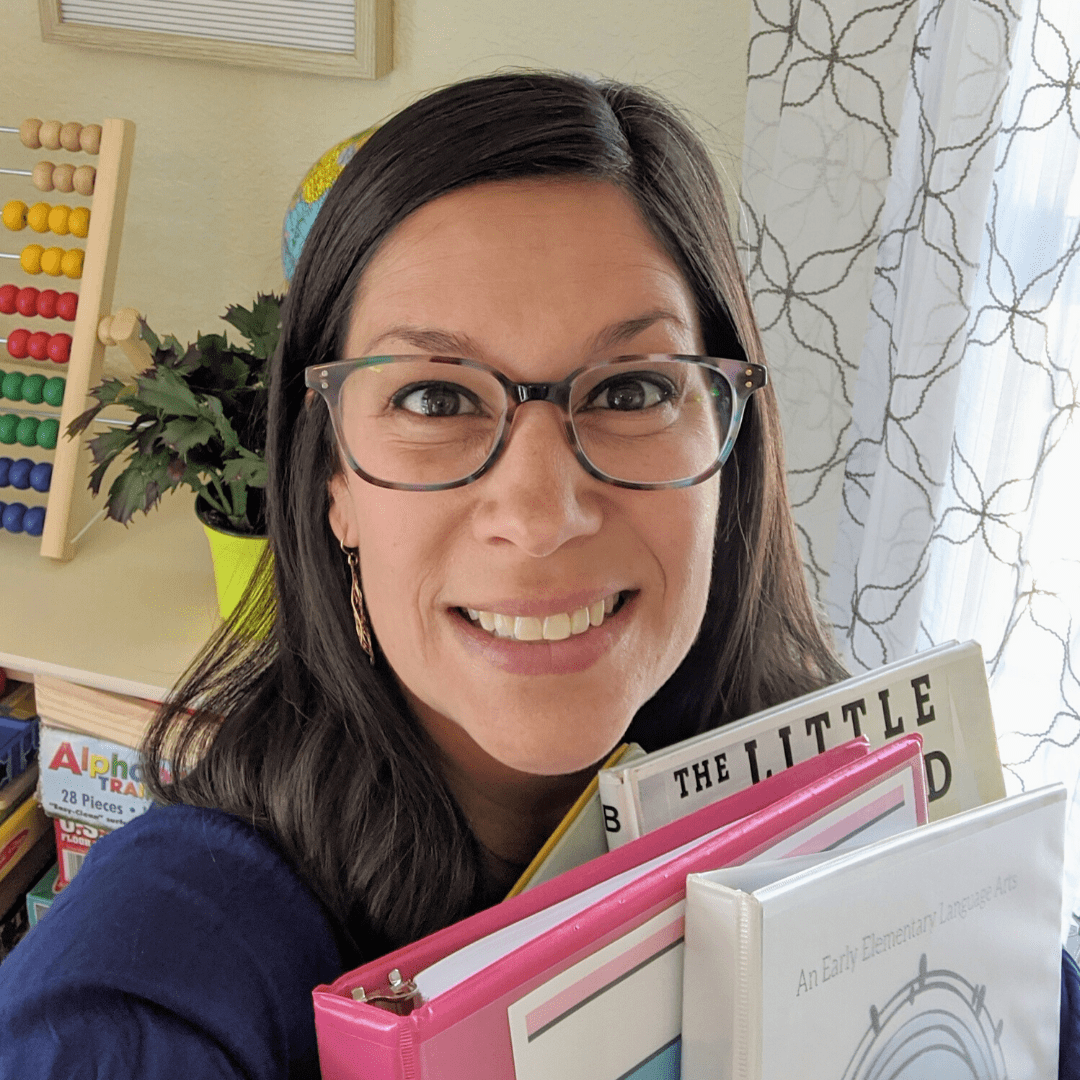 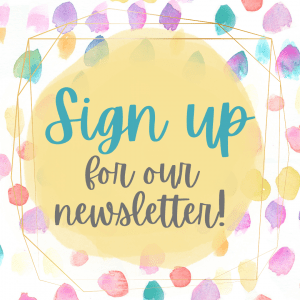 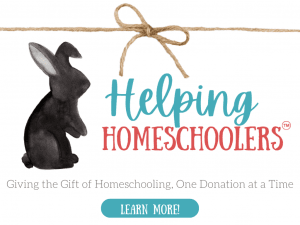 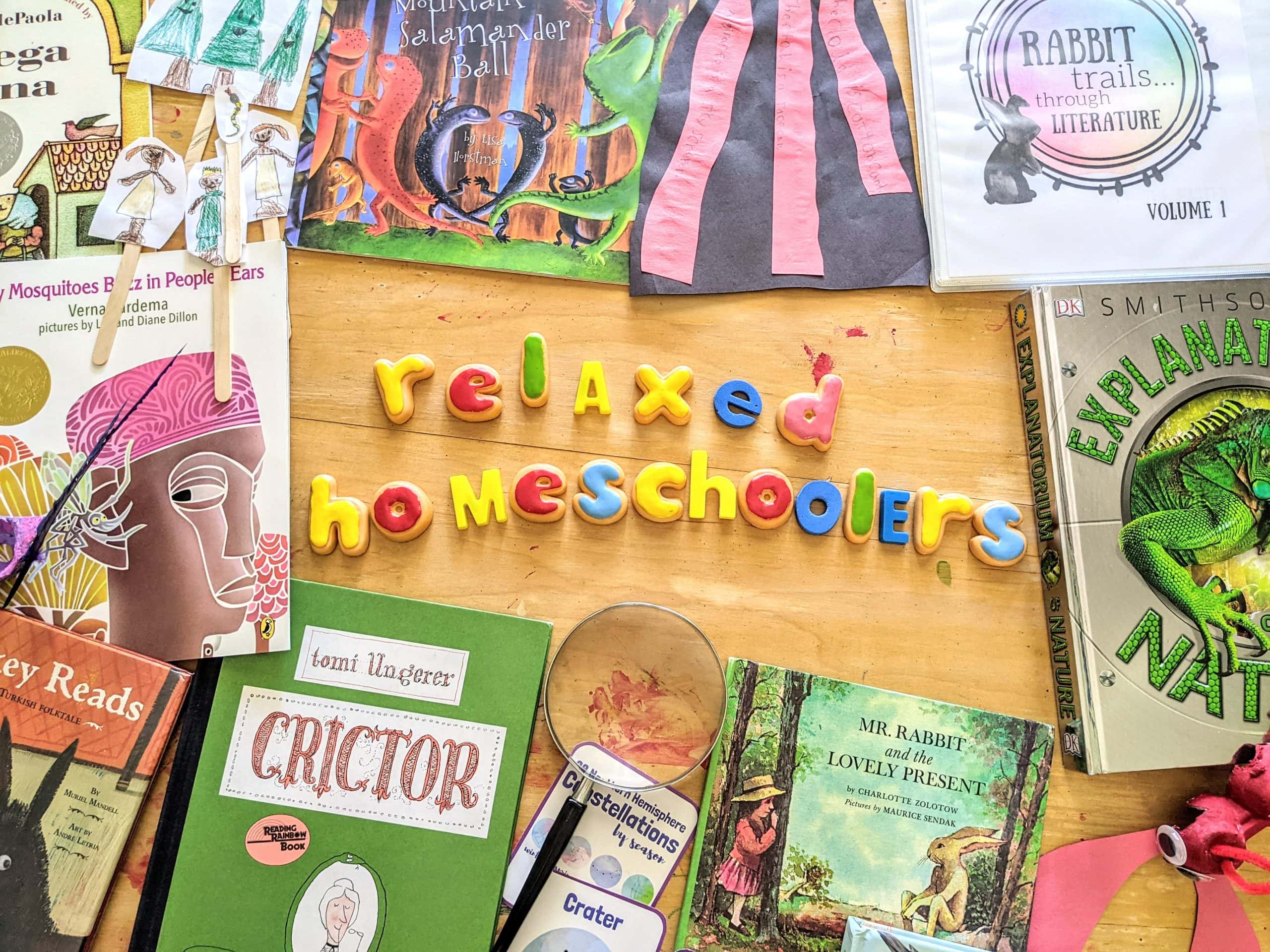 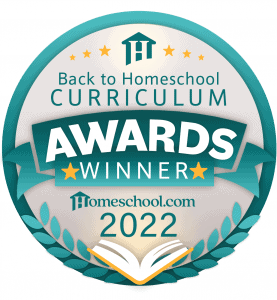 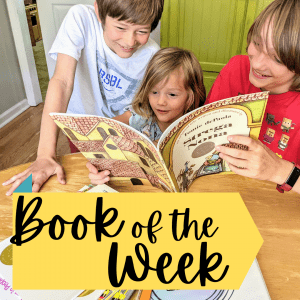